I can't see RiseupVPN and Blueman icons on panel anymore

Before the last update on the panel particularly on the left of sound and wifi stuff there were icons of riseupVPN and blueman but they aren’t there anymore. I can still access blueman on start menu a.k.a. Zorin menu but riseup doesn’t work because launching it from the start menu supposed to bring up the menu on the botttom panel but no matter how man times I click it doesn’t do that. I can’t use my VPN and also can’t use my bluetooth properly. How do I fix this?

Can you please say which version of Zorin you are running? Core (Gnome Desktop), Lite (XFCE4 Desktop),Zorin 12.4 or 15?
I looked for bugs related to Blueman and Linux Kernel updates and while I found a few, I could not verify whether they are related to Your Kernel Version.
Right off the bat, I would recommend uninstalling blueman and riseupVPN and then reinstalling them. Reboot and see if you find things restored.
sudo apt-get remove blueman
sudo apt-get install blueman

OR remove/Install from Software Center or using Synaptic.

I’m using Zorin OS 15 Core with the latest updates. I uninstalled and re-installed them but it didn’t do anything. They still aren’t on panel. Also how can I post screenshots? English isn’t my native language so I may not able to explain some things clearly.

Zorin 15 Core, so that is the Gnome Desktop and Gnome Panel. The Gnome Panel is notoriously finicky and Gnome likes to keep changing how it works.
Have you tried rolling the Kernel back to see if that changes anything?
Detailed instructions, here: 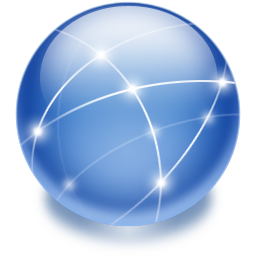 How to roll back the kernel version on Ubuntu

Sometimes after updating the kernel of the system, some important services start to work incorrectly and in order not to look for a problem on the combat server, and to do it for example later on t…

I do not know how to post screenshots on this site. This site was very recently created by the member on here simply known as Admin. The Admin of this site is not a member of the Zorin Development team, but is a helpful supporter and user of Zorin OS.
So those of us here will help as much as we are able; this particular Issue that you describe is one that goes back many years.
It’s a recurring problem between Gnome and Blueman. Every couple of years or so, a new kernel release - blueman breaks. Blueman breaks in between, sometimes for reasons no one ever figures out and then it starts working again on the next update.
Perhaps someone smarter than I can chime in with a known solution, but to the best of my knowledge- Sadly, this is not entirely common, but not entirely uncommon.
So please try rolling back the kernel update to the previous kernel and see if that resolves the issue and we can alert Zorin Team to this issue with the latest kernel.
If that does not work… I would default to suggesting you use an alternative Bluetooth manager and Alternative VPN if your VPN is a free service. If it’s a Paid one, we will need to try to fix it.
But there are MANY VPN options out there and some are pretty useful.
For Blueman Alternative, you might try BlueSoliel:
http://www.bluesoleil.com/support/Intro.aspx?topic=BlueSoleil_Ubuntu_help

Okay I wasn’t clair enough. Blueman works it’s just isn’t on panel. And it’s not just the blueman. RiseupVPN and LBRY are no longer on panel either. I will try to roll back the kernel version thanks. Edit: I changed my mind I probably won’t roll back the kernel. It is too complicated for me and I don’t wanna break anything.

lnxusr, I switched from Windows to Linux just under a year ago. I never used Linux at all before then. It’s just about eleven months in, for me.
My current project is making a Distro of my own. A SystemD -free distro that uses XFCE4, IceWM and Openbox. Small scale. But still… Also, I have been learning how to use css to make my own themes; you can find them on a search for Aravisian on Pling.com.
I commend your caution. But I believe you can handle the task of rolling back the kernel. Caution is great (back up your data!). But Linux demands being Fearless, too.

Learn How To Do! It’s very liberating.
The guide I linked you to DOES make it look complicated… But it is does not need to be. You can use Tony George’s Ukuu Program to do it (Option one) or
Folow this guide:
https://karlcode.owtelse.com/blog/2017/03/13/reverting-to-a-previous-kernel/
Karlscode takes a very simple approach to it and while not as complete as the above guide, is ccertainly serviceable. The “dodgy” kernel as he calls it, can be removed using the Synaptic Package Manager or Ukuu.

I will also ask Swarfendor (The expert for Gnome Dekstop, I use XFCE desktop) to have a look at your question. Perhaps he can be more helpful.

. What is the name of your distro? I’d love to try it on a wm. Also XFCE looks amazing! Maybe I can give it a try. I will try to roll back my kernel of course. Also what is systemd? What even is systemd or an init system?

This might not be the solution you are after in respect of the bluetooth applet but this gnome-shell extension appears to be getting rave reviews:

If you haven’t got ‘gnome-tweaks’ installed, I advise you do so at your earliest convenience and don’t forget to download the unofficial Zorin manual I authored. (I don’t have bluetooth in use on this rig and the Notebook I recently acquired (an old Dell D830) has an all-in-one wifi/bluetooth chipset = not accessible!).
As for riseupVPN I think this is possibly either a bug in Ubuntu 18.04 (https://askubuntu.com/questions/1128795/how-do-i-add-riseupvpn-to-settings-network-vpn) or a compatibility issue between the VPN client and Ubuntu - does riseupVPN have a user forum?

I think it is a bug on Zorin itself because it wasn’t here before the update. I might try to update again or do what you say. Also I downloaded xfce desktop but I don’t know how to use it. Can you help me on that too? Edit: Zorin has that extension by default so I already have it. But it isn’t the same. Blueman offers more functionality.

Which extension? The quick connect? I think it is an Ubuntu/Gnome bug. I found a link to another issue but it appears to have been taken down by askubuntu.

Init is the predecessor of systemd. It stands for initialization. On any computer, in order to run a process, you must initialize that process and manage it. Just as in mechanical; starting a car is not as straightforward as having the engine suddenly finding itself in organized motion. In fact, the mechanical engine has the advantage of the physical nature of it providing organization because a piston cannot move outside of it’s confined limitations. In a computer, that management must be supplied by something. Init will start the processes and then manage them so that they cycle through the processor and perform in sequence rather than trying to operate all at once.
Starting a process is more like a Race Track where a Governor says “ready, set, Go” - “now, hold this pace” than it is “Start!”
Systemd is a descendant of Init. It was introduced to replace Init on newer systems. The goal was to create an Init-system that is adaptable and able to respond in accordance with use.
The Problem With SystemD:
Systemd is complicated, bloated and invasive. Systemd is not lightweight and simple-coded allowing compatibility across systems. Because of this, it creates heavy dependencies, trapping developers into conforming to its standards rather than adapting to development. This has been compared (accurately, in my opinion) to microsofts “svchost.exe” process which controls the user, rather than itself. It is seen as micromanagement. This can stifle the creativity of Open Source Programming by generating Uniformity in design.
The project I am working on has a tentative name, but it is not even close to being ready. It something I am learning and working on. In the end, I do not know whether it is something I will release or not; First, I need to do a lot of work. But my point was merely that any user can never allow themselves to be held back by feeling uncertain of what they are doing.
XFCE is a great desktop environment. It is one of several that are lightweight but also stable and very functional. Of the options, XFCE has the most compatible support for cross platform development, IMO.
I also agree with Swarfendor that this is most likely a Gnome/Ubuntu/kernel release bug that affects any Distro that is based on those systems.

I can’t wait to see your project. Also the bug is gone my apps appear now on the gnome so I went back to it

I’ve had no issues here in respect of riseupVPN:
https://zoringroup.com/forum/download/file.php?id=6595&mode=view